I had never interviewed nor interpreted.

And then last month, I interviewed and interpreted for Tony Leung Chiu-wai himself on the same day. Here’s that interview:

Tony was not extremely well-known in the West, but he became a household name in Hong Kong before I was born there. As legendary of an actor he is, I don’t pretend to stan for Tony before this ordeal. For my embarrassing lack of movie knowledge, I only recall Tony as the undercover cop in Infernal Affairs.

This lack of movie knowledge was what enabled me to learn more deeply about Tony, like many others who were just reading about him in anticipation of Marvel's upcoming film Shang Chi and the Legend of the Ten Rings.

And that’s not until I took this deep dive did I learn to appreciate Tony. They don’t call him “The Man who can Act with His Eyes” for nothing.

In this journal, I’ll talk about the experience first, then the reflections.

Recently, we got a job from GQ to shoot an interview with Tony in preparation for the aforementioned upcoming Marvel film. While we were delighted at the opportunity, we had no time to get excited as there were only two days to prepare.

There were two interviews with Tony: One on-set, the other over Zoom later that night. Our company had three people who spoke good enough English. One had to go close a deal, another was the camera unit director. I was the last one left, so the only option was for me to become an interviewer and an interpreter overnight.

Admittedly, I felt lucky to be the only sensible choice. You don’t have to be super crazy into Tony to realize that people would kill to see the guy, let alone interview him for almost an hour.

So, being bi-lingual means that I can interpret, right?

That notion was quickly dispelled when the camera unit director quizzed me, “Translate this: how would you describe your experience on set with Director Destin?” After way too much thought, I put together a sentence in Cantonese that was incoherent at best.

There were a little more than 15 hours on the clock before the shoot. Minus 7 hours of sleep, 2 hours of eating, 2 hours of travel, I had 4 hours to prepare enough to not completely ruin the situation.

After returning home, I immediately went to YouTube to seek help.

There, I learned that interpreting starts way before the real-time translation part. Like many other things, good execution begins with good preparation. I had to learn about the film and watch Tony’s previous interviews. I had to prepare notes and remember names that will come up. I had to learn the translation for film names.

Two hours were left on the clock before our team had to arrive on set. That’s when I began translating around 30 questions about 10 films that Tony starred in. I got to about 25 before we went to the set, and I translated the remaining questions while our crew set up.

And then there he is, sitting in front of the camera. I could not help but feel myself shaking not because I was star-struck, but because of my utter inexperience. Not only have I never interviewed, of the 10 films that we were going to discuss, Infernal Affairs was the only film I watched.

I nervously described the purpose for this interview, then robotically asked questions straight from the questions list.

The interview went about as well as I could hope for. Despite some stuttering and interruptions, the interview began to feel like a genuine conversation towards the end. In a sense, Tony’s tenderness and humility calmed me down.

Everyone was happy. Our video crew had already completed their mission, but I was only halfway through.

Tony had an upcoming supplementary interview over Zoom, and this time I was not asking questions. I wasn’t answering them, either. I had to do both.

Later that day, a Zoom link was sent to me and I hopped on. Alex the interviewer and Tony were already chatting. Tony is more than conversational in English. It must have been around 5 minutes before Alex realized that I had been on the call.

Then it began. Alex asked questions while I frantically scribbled on my notes, and I asked the same question in Cantonese. Tony answered in Cantonese and I let loose on my notes again. Then, I repeated his answers in English.

This more or less repeated itself for the next 45 minutes. Some questions were easier than others since I had prepared for them. I felt confident when they were talking about Tony’s first scene in Australia and how hot he felt in costume. I was super into the conversation about how Tony gets into characters. It was hilarious when I had to reveal that Tony’s favorite food was internal organs.

Then there were some more difficult questions. Tony spoke of enjoying going to Japan and exploring the city alone while on vacation, and he would mention places that I had no idea how to translate. It went something like this: “I like to cycle around Tokyo and visit…uh… museum at …this area,” or “Sometimes I go to …location name and eat in different restaurants.”

The worst topic was about books. Tony has been an avid reader, both to research for a character or just for leisure. I had no idea they were going to talk about books, and I had no idea how to translate the author names and book titles. It got to a point where I just straight up mistranslated a story synopsis and the two just continued chatting in English. I died a little on the inside when it happened.

Regardless, it was all worth it to hear “thanks Angus” coming from Tony after the session. If I weren’t star-struck before, I certainly was at that moment.

First of all, interpreting is hard. Interpreting is about immense preparation, focusing on what matters, moving on from mistakes, and keeping the spotlight on others. It is an interesting field of study and I thoroughly enjoyed the challenge.

Then, I realized how much I respect Tony. On the surface, he’s the master of acting, the iconic celebrity of Hong Kong film. Behind the scenes, he has the talent to get into character through extreme empathy. He spends months researching for each role he plays. He has the grit to learn a new language or skill by training for hours each day, to go through mistake after mistake before finally getting a good take.

I never realized “getting into character” is such a lengthy creative process before speaking to Tony.

His character is the cherry on top. The movie star is unassuming and grounded. It’s no surprise to see him ending up on the Top 10 Most Popular Hong Kong Celebrities list as ranked by flight attendants.

His co-star Simu Liu puts it best: “Despite being a massive, massive superstar in Asia, he really just feels like an incredibly normal person — he’s so soft-spoken and gentle, and very, very kind. So it was such a pleasure going to work with him every day.”

Despite all of this, it was his attitude toward life and success that left the biggest impact on me. He’s NOT a go-getter. His determination lies in perfecting his craft and immersing in unique experiences. Tony’s frequent collaborator director Wong Ka-wai once said: there are only good movies or bad movies. I mentioned that in the interview. In response, Tony agreed and added: There are also only good performances or bad performances and he didn’t act to hunt for certain roles and achievements.

“I was interested in the story, and I wanted to experience it, so I acted in it.”

And it’s not that that he doesn’t know what he wanted: Before his performance in Lust, Caution, he has been vocal about wanting to play an antagonist role. However, this desire did not control him, and when he did eventually get to play as an antagonist, he was pleasantly surprised and thoroughly enjoyed the new experience.

This is what having a fulfilling career looks like.

Finally, I just want to get this out of my system: the 45 minutes of staring into Tony’s eyes were mesmerizing, and are easily the best 45 minutes of 2021 thus far. 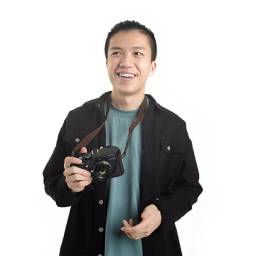 BGCA ‘Children U Event’ | Behind the Scenes 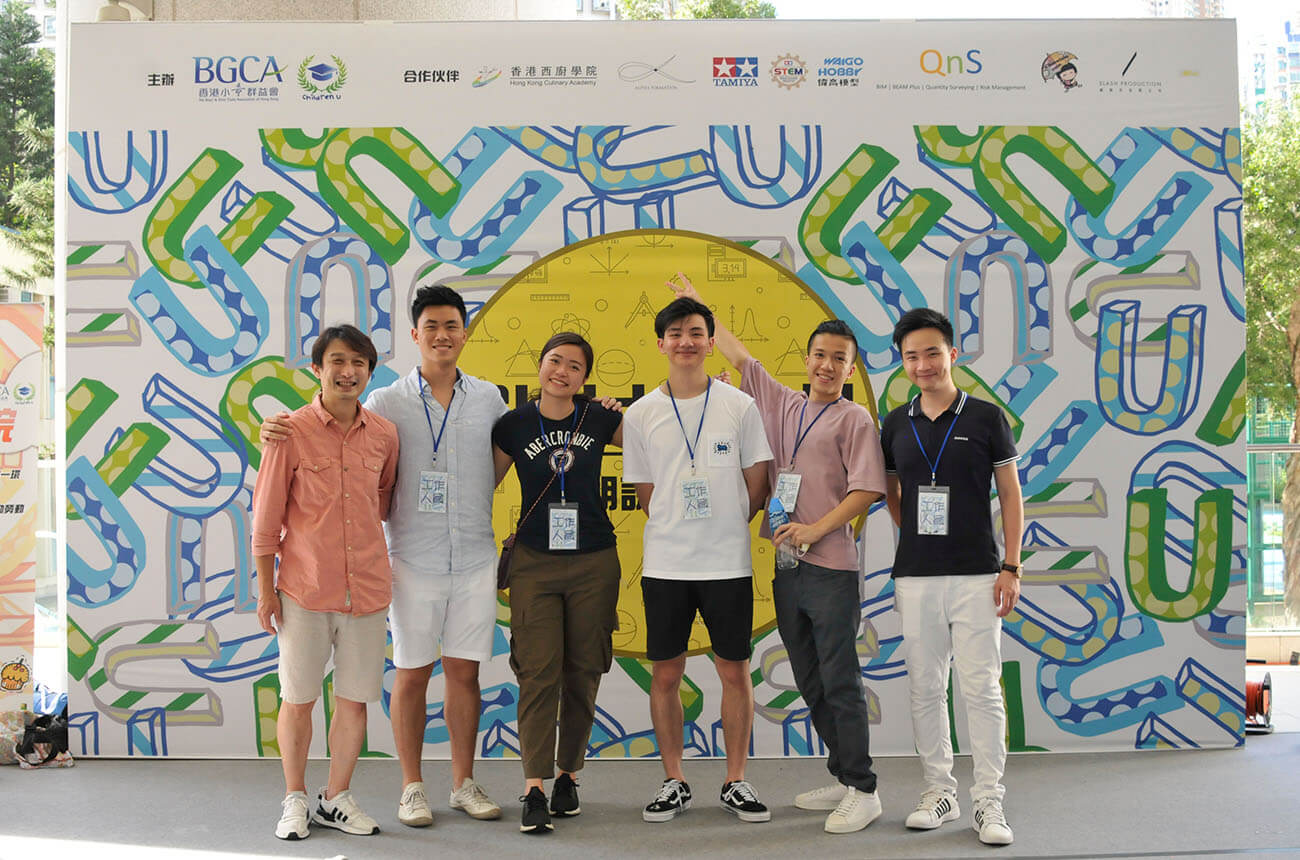 Wallace's Gym 'Back Exercise' | Behind The Scenes 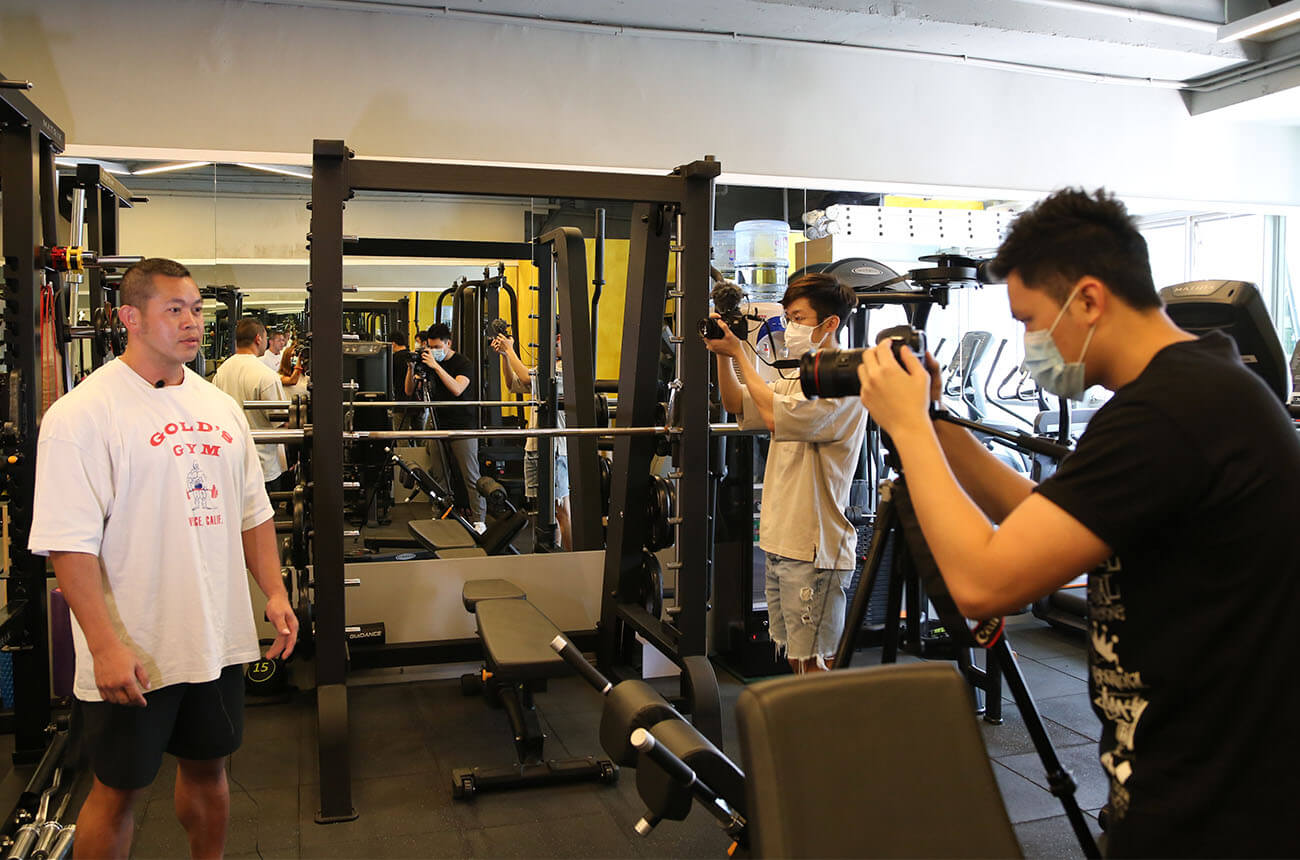 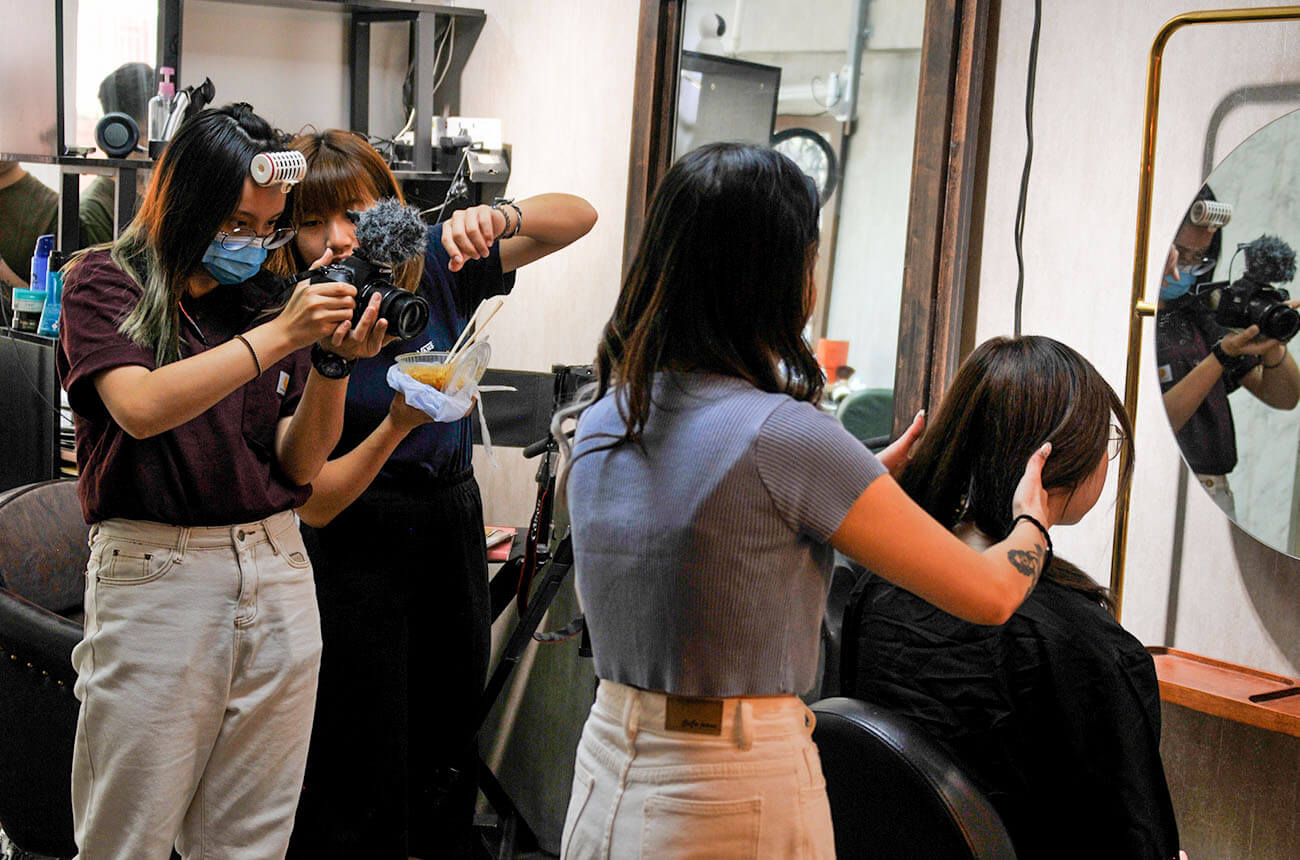 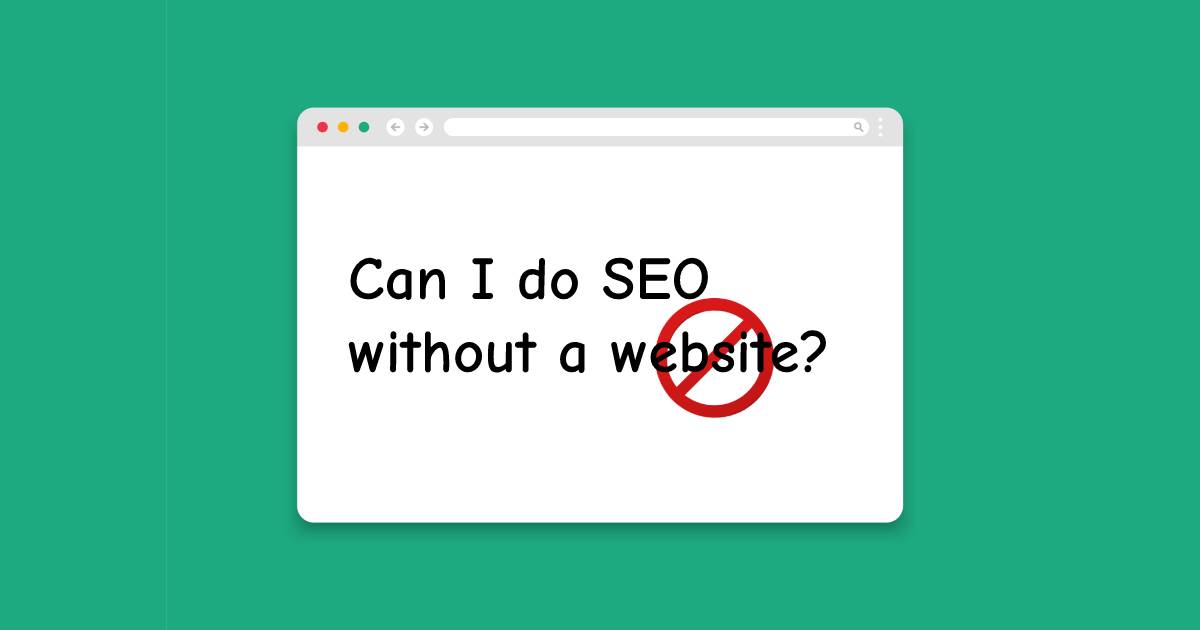 What is Product Branding and Why is it Essential in Business? 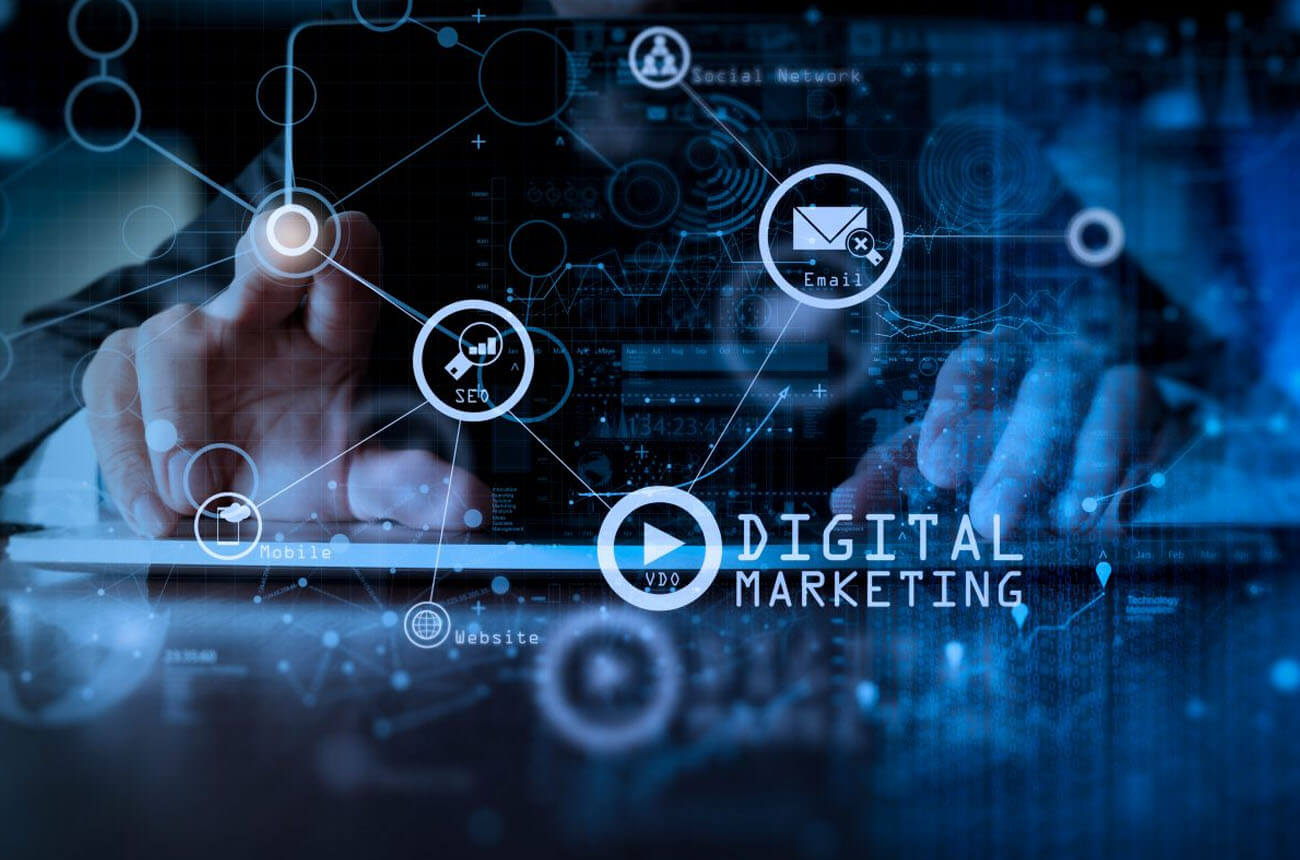 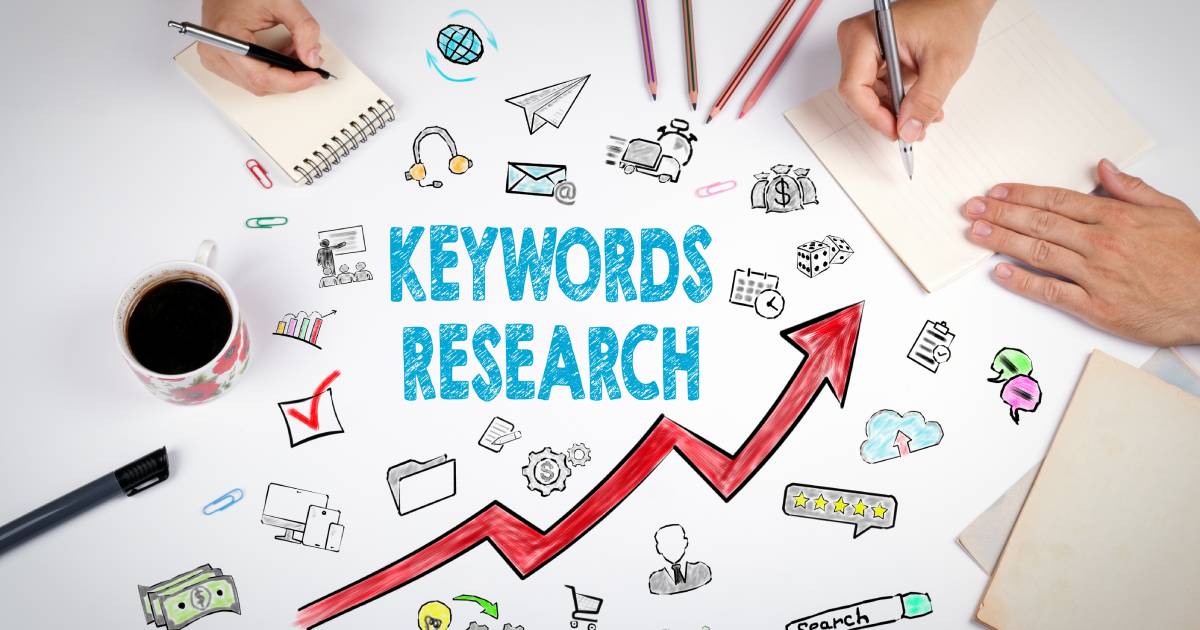